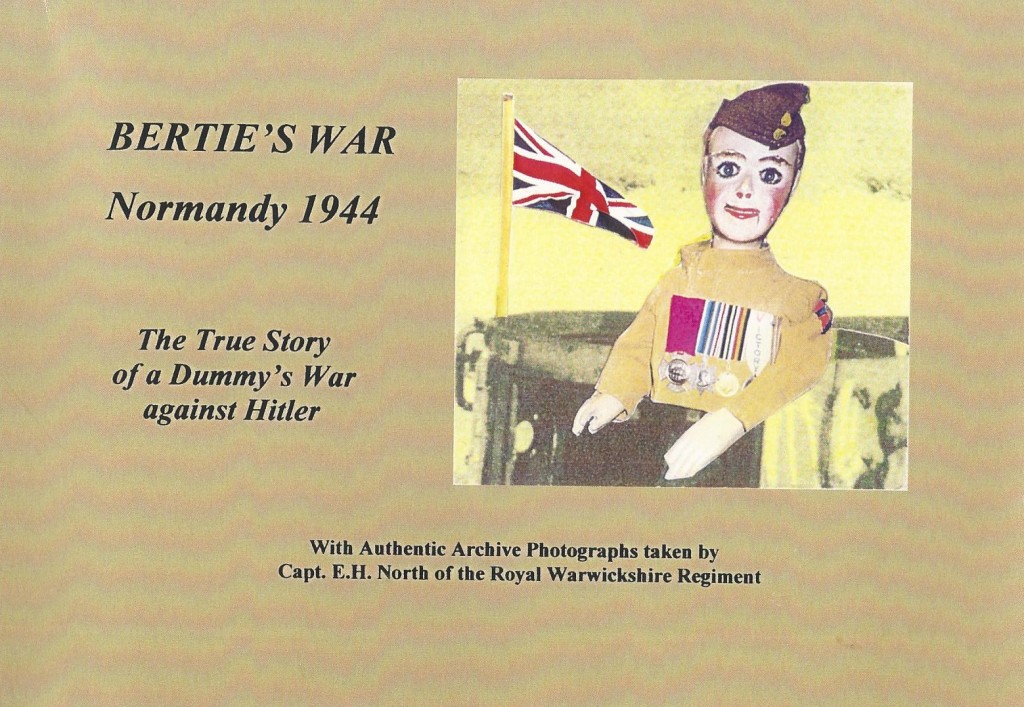 Only the British army would take a ventriloquist’s dummy on the D-Day landings in 1944!

Yes, it’s true. A British Army Captain, took ‘Bertie’, a ventriloquist doll onto the beaches of Normandy in the first few days of invasion.

Admittedly, Bertie did wear an army uniform – even resplendent, proudly bearing a number of campaign medals.

Just imagine if he had got captured. Imagine the Gestapo trying to interrogate him!

I now have a new creative hero. Capt.E.H.‘Ted’ North.

Captain North landed on the Mike Sector of Juno beach shortly after June 6th.
A Member of the Magic Circle and a ventriloquist, he packed in his kitbag his dummy, Bertie, in uniform, ready for action.

Alongside getting into action, Ted ensured Bertie played his part, combining inspecting the D-Day battlefield and going on to entertain the troops and wounded soldiers to boost morale.

Thankfully, both Ted and Bertie survived the war. Yet, they returned to the Normandy beaches on various anniversaries, and  continued to entertain audiences of all ages, their last performance at the Harlow Playhouse in 1985, celebrating a partnership of 50 years together.

Ted passed away the following year.

Bertie is now retired and resides at the D-Day Museum, at Southsea, Hampshire, still proudly wearing his original uniform and medals, and still bringing a glow of pleasure to visitors.

Their story lives on however, in a delightful book I acquired at the Royal Warwickshire Regiment Museum in Warwick. (There to trace my wife’s grandfather’s World War I records)

The book, titled ‘Bertie’s War’ and published by Ted North’s family, contains absolute gems of the delight and absurdity of Bertie’s Normandy Tour.

Ted’s terrible puns caption pictures of Bertie, in uniform on the D-Day beach. “I’ve found some lovely shells on the beach” as Bertie sits among the spent ammunition is one typical bon mots. 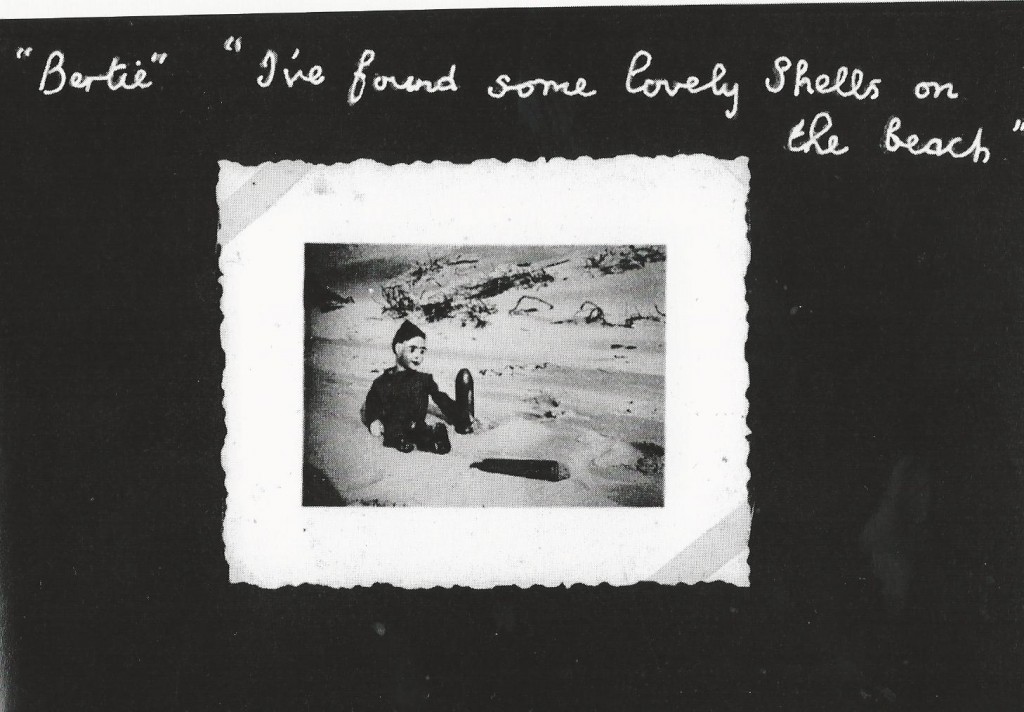 Ted’s family recreated one of the act’s scripts [abridged version].

Ted:    Wake up Bertie and get dressed quick, I’m taking you for a surprise trip to the seaside.

Bertie:    A surprise trip? Do you mean like the surprise trip you had on the stairs last night when you got back from the Officer’s

Ted:    Just put on your battledress and boots because we’ll be wading ashore.

Bertie:    Wading ashore? Gattledress and goots? What, on a nice sandy beach in France? I knew there’d be a catch in it, there always is – and what about my gucket and spade?

Ted:    You won’t be needing your gucket – I mean bucket….This is a very important mission because we are going to help our lads to liberate Europe from Hitler and his armies. Just think, you might even win some medals.

Bertie:    Medals? Really? Me? Well in that case pass me my uniform quick Ted, there’s no time to waste, I can’t wait to get at ‘em and get rid of that nasty old Hitler.

For me, Ted and Bertie still live on as creative heroes. If you are ever thinking down, demotivated, or just need a new strategy or direction, invoke the images of Ted and Bertie and their D-Day landings.

Fantasy Mentors are a brilliant 24 7 creativity tool. Whenever you are faced with a challenge simply pose the question to your role model: “How would Ted and Bertie tackle the problem of…?”

Before long, your mind is taking you instantly in new, sometimes unexpected directions and lines of inquiry. Try it now.

For me, I’m eternally grateful to Ted, Bertie and their generation for the sacrifices they made in defeating that ‘nasty old Hitler.

Thank you Ted and Bertie.