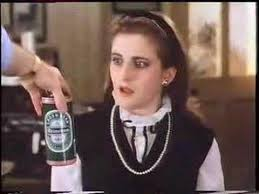 Is there a charity that wants to get free national, possibly international publicity, to raise its profile and get people talking about it?

Ideally, it should be a charity which aids speech/language learning difficulties or communications – possibly with a London link.

I am making available absolutely free of charge, with no commercial obligation to me a free powerful meme – which I’m confident will benefit someone, somewhere.

This meme will generate significant buzz, get people talking, with potential to leverage for fund-raising activity.

The criteria for potent memes are to be instantly understandable, create desire to engage with, and crucially pass on to others, while ideally also having potential for news and media buzz.

Are you ready for the meme?

‘International Speak Like a Cockney Day’ – on an ideal date of March 3rd: ‘the fird of the fird’.

Yes, by encouraging people to celebrate the Cockney accent, vernacular and phrases – including rhyming slang, as well as Cockney dancing, and another of my discoveries, the ‘Cockney laugh’ (characterized by laughing at others’ misfortune in a forced, repeated way – think of Alf Garnett) we can help celebrate Cockney and London culture while helping good causes.

Admit it. You can invoke a Michael Caine impression, or rabbit like someone from ‘East Enders’ (Practise on ‘Wellard’s gone missin’), or even the odd bit of rhyming slang.

Just visualize it: radio stations will be hosting phone-ins, Twitter will be alive with Londonisms and ‘geezer talk’, while rhyming slang will abound – you have to be brown bread to miss it. (Oops! Slipping into the theme already!)

You can have sponsored speak like a Cockney, a celebratory Ruby [Murray], or any other London-themed activity.

The idea is not pony, or Brad Pitt, and has great potential to link with a worthwhile cause.

Why March 3rd – have a go yourself, whatever your accent, but now say it with a London voice… If you need any help, here is a legendary Heineken ad to help you.

For me, every day is ‘International Speak Like a Cockney Day’ being born and brung up in Poplar, in London’s East End, before eventually moving to beautiful Barry Island. As someone once observed about me: “You can take Andy out of the East End, but you can’t take the East End out of Andy.”

As a child I was oblivious to the character of how I spoke until one day at school a teacher forcibly brought home to me the reality of my London-flavoured speech.

At class register every morning instead of shouting out your name to indicate you were present, you had to instead call out a number. And guess what my number was? Yes, “firty-free”!

The teacher got me out of in front of the class and hectored, admonished with several futile attempts of “Green! It’s Thhirty-Thhreeee”.

Needless, to say her efforts were wasted, and in hindsight, profoundly wrong in my view, seeking to impose her cultural values on another.

Regardless, I can now larf about it, and now even want to celebrate it.

I’m not Mother Theresa – but if I can do good, I will. So, there is a great meme going begging to be linked to a good cause. Any takers?