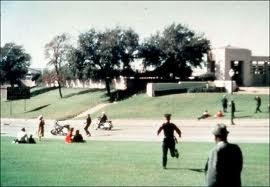 Why is there such a big celebration marking the 50th anniversary of the assassination of John F. Kennedy?

OK there is significance that he was an important world leader.

Yet, you could argue that there are other even more significant figures who met a tragic end at the hands of assassins but don’t have anywhere near like the legendary status of JFK. (The anniversary of the assassination of Abraham Lincoln in 1865 by the way is April 15th)

I would suggest that JFK’s memory has been enhanced by being a great brand story  – his untimely death having all the narrative ingredients of the classic Tragedy storyline.

JFK crucially however, has also benefited from also having the ingredients of a great meme – an instantly copy-able, replicable message.

Firstly, there is the fact that a conspiracy meme, the most powerful meme going. You only have to think of other great conspiracy memes, such as; ‘Did man really land on the moon?’ Or the death of Princess Diana in order to respect their potency.

A conspiracy meme is indestructible because any time you provide any counter evidence to the meme, the conspiracy theorist will respond with: “They are bound to say that aren’t they?” And your counter-evidence deepens their conviction.

The Kennedy legend also benefits from some great supporting cast memes: ‘the grassy knoll’ and ‘the book repository’ (or ‘suppository as my wife calls it!)

What exactly is a ‘grassy knoll’?

I had the pleasure of visiting Dallas earlier this year as part of my trip to the SXSW festival in Austin, Texas – where I am working on a research project on ‘Weird Brands’.

In Dallas I did the Kennedy legend tourist trail: visiting the book repository and grassy knoll.

The book repository is well worth a visit. It’s now The Sixth Floor Museum at Dealey Plaza in Dallas, which chronicles the assassination and legacy of President John F. Kennedy http://www.jfk.org

The ‘grassy knoll’ however was, wel,l a letdown: there was no grass and also it made me realise that I didn’t really have a proper conception of what a ‘knoll’ is.

Do you know of any other ‘knolls’ or even ‘book repositories’?

What if subsequent news reports had referred to ‘a small grass bank’ and ‘a book warehouse’? The terms ‘knoll’ and ‘repository’ I would argue have added richness, colour and further depth to the telling of the Kennedy assassination story.

It has highlighted how memes and brand stories can be made even more powerful if there are meme-friendly supporting elements, to give further resonance, memorability and copy-ability.

The Kennedy legend will live on and on. (It was also helped by being at the right time for the advent of global television news – to facilitate the ‘Where were you when you heard the news?’ booster meme.)

And it will be helped by a ‘grassy knoll’ that isn’t grassy!