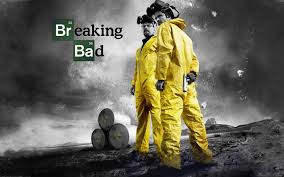 Apparently, the TV legend that is ‘Breaking Bad’ grew from a throwaway joke.

And the inspiration for Japanese conglomerate NIntendo to create the video game market grew from an idle conversation between its chairman and his chauffeur.

Both stories highlight the significance of your ‘Creative Ears’.

In terms of audio functionality my ears apparently are pretty useless; my wife says they are  ornamentally attractive in being quite cute – but not very good for hearing, particularly DIY instructions! So, for training classes I may often resort to a hearing aid.

Yet my ears are my best creative friend. Indeed, for any leader their best tool is their ears; we have one mouth and two ears – use them in that proportion is sage advice.

Going back to ‘Breaking Bad’, legend has it that show creator, Vince Gilligan, was complaining to an old friend and fellow writer,Thomas Schnauz, about the state of the movie industry and speculating what they could be qualified to do instead.

“As he said that, an image popped into my head of a character doing exactly that: an Everyman character who decides to ‘break bad’ and become a criminal,” Gilligan recalled. (Source ‘Guardian’ Brett Martin, September 21st)

In the same day’s newspapers (‘Financial Times’ ) an obituary to Nintendo President Hiroshi Yamauchi recalls how the mobile video game revolution started one day in the late 1970’s with an absent chauffeur. Yamauchi’s regular chauffeur was away so an engineer at the Nintendo toy company stepped in.

To fill the conversational void, the engineer described how he saw a guy playing with a pocket calculator to pass the time on the bullet train. Maybe, the engineer thought, there might be an idea for a toy there?

Yamauchi was non-committal, but at his subsequent meet with the head of Sharp Electronics he pitched an idea for a calculator-like game player.

The lesson in both cases is to develop your Sagacity, your opportunity spotting muscle, to listen to a bigger picture (the metaphor is wilfully mixed!)

In my Tubespiration! Tours – where I deliver creative and critical thinking classes on the London Underground – where the Tube is my classroom – I teach people to boost their sagacity quotient by taking advantage of what is a dialogically fertile environment, full of stimuli and provocations to enrich your thinking. (I am now also developing non-Tube tours in other parts of Britain.)

Key skills here are to facilitate an open and receptive mind state that can optimally listen to your world around you.

Thankfully, for devotees of ‘Breaking Bad’ and computer game fans both Vince GIlligan and Hiroshi Yamauchi both ‘listened’ to the seemingly irrelevant or fanciful, and extracted potential gems of genius ideas.

Could your ‘Creative Ears’ work better to boost your sagacity and feed your creative inspiration?