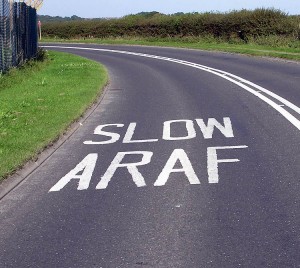 With news of a ‘Shwmae Day’ (Welsh for ‘How are you?’) to promote use of Welsh language, particularly among the English-speaking majority in the Principality, reminded me of an idea I cooked up 3 years called ‘Spice of Wales’.

The idea was to encourage English-speakers to integrate into their everyday parlance Welsh phrases. It could lead to predominantly English-speaking people using the Welsh language more, while at the same time deepening the roots of the language in culture.

For one reason or another I wasn’t in a position to follow up and make ‘Spice of Wales’ happen. I suspect there were concerns of the idea not being palatable with those holding more strident views about promoting Welsh Language interests.

Yet the success in protecting and promoting the Welsh Language is a major achievement, to be celebrated both across Wales and the UK.

While the topic may provoke responses from different ends of the spectrum, of either ‘not enough being done’ or ‘too much being done’, nonetheless, the actions by Welsh speakers, the Welsh community, and governments at different levels have all contribute to an outstanding international case study of preserving and giving new life to a language and culture; an effort that most of us should be proud of.

Yet, in thanks partly to the efforts of the Welsh Language lobby, it is impossible to live in Wales and not know any words of Welsh.

Therefore polarity on the issue is not between speakers and non-speakers but rather between first language or fluent speakers and those who may only know a tiny little bit.

Given the preponderance of the use of English within Wales what about an idea to promote a ‘Spice of Welsh’ – to integrate a basic core use of the Welsh language into everyday 21st century life.

Pleasantries
• I am sorry
• Excuse
• Please
• Thank you

In the office/at work
• Telephone greeting – hello/goodbye
• Anyone want a coffee?
• I am going to the toilet
• Email greetings and sign-offs – a ‘Diolch yn fawr’ as the end of the email.

Being Welsh
• I only know a little bit of Welsh (is ‘ychydig’ the equivalent of the Italian ‘un puchino’?)
• I live in a beautiful country.
• It’s raining (again)

Should we be reframing the issue of Welsh Language away from Speakers/Non-speakers to instead First tongue or fluent speakers to know-just-a-words?
Could we have a ‘Spice of Wales’ campaign throughout Wales?