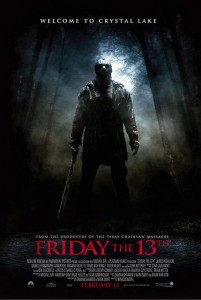 It’s here again – Friday the 13th. And are you making the most of it – or adding it to your meme armoury?

It has intrigued me that no out there has sought to tame one of the best established memes going. With just the slightest of prompts and provocations you can get people talking about overcoming adversity, tempting fate, or something even scary, or even about luck.

Each year typically has three ‘Friday 13ths’ (if the month starts on a Sunday then it will have a Friday 13th )
A morbid, irrational fear of Friday the 13th is actually called friggatriskaidekaphobia: Friday is ‘Frigga’s Day’. Frigga (Frigg) was an ancient Scandinavian fertility and love goddess, equivalent to the Roman Venus who had been worshipped on the sixth day of the week. Christians called Frigga a witch and Friday ‘the witches’ Sabbath’.
The Friday 13th phobia is also called ‘paraskevidekatriaphobia’ as well as ‘triskaidekaphobia’.
Curiously, for both Greeks and Spanish-speakers, the 13th of the month is considered unlucky if it falls on Tuesday, instead of Friday.
Will you be using Friday 13th to bring your campaign extra impact, or are you fearful of trying to using it?
Imagine you are a surfer.
Do you just plonk your surfboard on the sea surface and hope somehow you will be propelled forward.
It’s obvious you wouldn’t. You don’t need to know much about surfing to appreciate that a key skill of a surfer is to spot the potential swell, the current that starts small but grows into a powerful force to overcome all before it – and provide the best potential vehicle for riding on.
As a surfer you read your territory.

A mememaster (or mistress) – or my preferred term, ‘memechef’ – in communicating a message would be like the surfer: observing currents and trends; some may be well established, others can swell in an instant. (Calling out for a dog named ‘Fenton’ for example)

The trick is to harness these currents to advance some part, or the whole of your message.

Doesn’t it make sense to harness established memes, especially an event that you know is going to happen which can somehow get people talking about you and remembering some part, or even the whole of your message.

Can you be gaining some disproportionate share of popular culture by harnessing the Friday 13th meme?