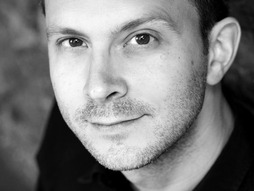 I nearly had a letter published in the ‘Financial Times’ last week. I say nearly because the Letters Editor got in touch with me to amend my original. Que sera.

The letter was a correction to a piece written by the FT’s Tim Harford – of whom I’m a great fan and thoroughly enjoyed his book on innovation, ‘Adapt why success always starts with failure’.

However, he did make in my view a number of inaccuracies and also felt there was a need to set the record straight regarding has article which made references about one of my memes, ‘Blue Monday’ – symbolically the most depressing day of the year.

So here’s my letter:

Sir, I feel I must correct some factual inaccuracies and set the record straight on Tim Harford’s article about Blue Monday (“Why weird science is all in a day’s work”, Comment & Analysis, June 1).

Tim is correct that the idea of “the most depressing day of the year” story (defined as the third Monday in January) was initially conceived as a publicity story promoting a travel agency. Yet it wasn’t originally called Blue Monday.

Although not involved with the conception of the initial idea the following year I gave it that title , as I have an interest in memes – cultural activity, including messages – that can live of their own volition.
The idea subsequently evolved as a non-commercial campaign to mark the “symbolically” most depressing day of the year aligned with promoting positive messages about mental well-being and health. I would dispute that the idea is now, to quote Tim, “nonsense”.

Curiously, despite unorthodox beginnings, which is actually characteristic of much innovation, through Blue Monday, I believe we have stumbled across a previously undetected or unrecorded zeitgeist: that in modern northern hemisphere life, towards the end of January there is a feeling of “aren’t things depressing”.

Perhaps prompted by the age of deferred credit card payment when bills land at the end of the following month rather than when purchased, plus many having their January salary paid early before Christmas – with a knock-on adverse effect on the following month’s budgeting – all possibly contribute to a communal biorhythmic low.

It has not been recorded in any formal data on well-being, such as suicide rates. I would suggest however, the very veracity of the meme, where it has been a top Twitter trend and media story since its inception, illustrate that people want it to be true. It somehow has resonance with them.

Scientific inquiry should be alert to soft data as well as hard facts. The Blue Monday meme has significant potential for promoting mental well-being issues and is as an indicator of a popular mood rather than to be dismissed as “nonsense”.
Andy Green,
Barry Island, UK