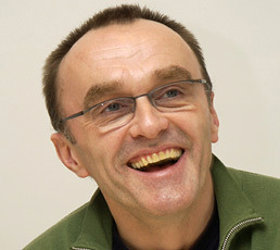 One unintended legacy of the Olympics won’t be the stadia, the investment in the next generation of sports stars, or a better Tube system but an addition to the English language.

The new contribution our lexicon is a verb.

A doing word. It’s a denominalisation.

It describes an action that can proudly transform what you do, and how others see you.

The new verb is ‘to Danny-Boyle’. (The hyphen by the way is to indicate the verb usage.)

The 2012 Olympic opening ceremony under the direction of Danny Boyle was a stroke of creative genius.

It redefined the concept of ‘opening ceremonies’

It broke down the boundaries of ‘stadium event’

It trampled through conventions, by integrating humour, rock music, and self-deprecation.

It took the familiar and re-assembled them in new, unimaginable ways (Admit it, you too thought Daniel Craig as Bond was going to meet a Queen lookalike in the 007 sequence.)

Thankfully, Danny has also kicked the door open for organizations and their brands to embrace the creative, innovative ways to redefine and retell their brand story.

Now, rather than face embarrassed guffaws and almost having to apologise for proposing to do things different, creatives can now say ‘We are going to ‘Danny-Boyle’ this.

Opposition is now more likely to melt away, withdraw into its shell of blindness and blandness.

What do we mean when we now say ‘we need to do a Danny-Boyle’?

The verb ‘to Danny-Boyle’ will mean to take the familiar, expected and predictable ways of doing and transform it by revisiting your brand story, to electrify it, transmogrify it, and take it to new levels of wonderment, belief and engagement.

Great Britain owes a lot to Sir Danny Boyle (you heard it here first about the knighthood).

More so is the debt owed by creatives everywhere, who need to take their hat off – whether it be of a factory owners’ top hat or of a workers’ cloth cap variety.

We need to thank Danny Boyle for both his vision and talent, coupled with an ability to deliver, but fundamentally for transforming the creative landscape of the UK, and possibly the world – forever.

Now, how do I ‘Danny Boyle’ my next project?