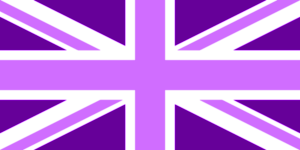 Britain should rebrand its name – possibly using ‘Greater Britain’ and evolve its Union Jack flag – using the purple of the London 2012 event – to boost the feelgood factor from its Olympics.

The rebranding would provide a springboard to build a better sense of identity, create better cohesion and extend the momentum of the confidence generated by the country’s £10 billion plus investment in the Games – as well as addressing the existing branding mess created by its use of the name ‘United Kingdom’.

By adopting the name ‘Greater Britain’ and evolving the Union Jack flag into shades of purple, the move would extend the message of the opening ceremony, sending a signal to the world of a nation both confident of what it is, what it stands for, but which also prepared to adapt and surprise with its creative brilliance.

The use of the term ‘Team GB’ in the Olympics was a tactical response to long-standing shortcomings with the brand identity of the people of England, Northern Ireland, Scotland, and Wales. Now there is an opportunity to provide both a longer-term, and wider strategic response to this issue.

The debate around ‘What does it mean to be British?’ is undermined by a fuzziness over the brand’s core name: nobody in these countries calls themselves a ‘United Kingdom-er’.

The issue of political devolution in Scotland sits within an ambiguity about identity between one’s individual national identity and also being ‘British’. A new re-branding would provide greater clarity and understanding of the two dimensions.

Also, the Union Jack flag has for centuries ignored a Welsh dimension in its make-up.

With recent political rapprochement between the United Kingdom and the Republic of Eire should also reduce any fears of unsettling its nearest neighbour.

This is both a once-in-a thousand years’ opportunity and the chance to address long-standing shortcomings with the existing brand identity of our people.We have probably made the biggest ever investment in a national feelgood factor – we want to make sure we get full value from the money spent and the opportunity it has created.