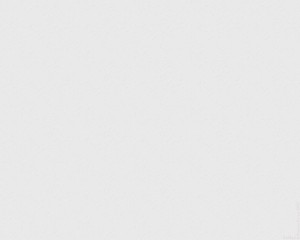 My call for a new subject of ‘Tedia Studies’ to prepare students for the inevitable mundanities of life has deepened after reading a new major academic text, on boredom.

Yes, wake up! The book was about boredom and this blog piece is highlighting how boredom can be good for your creativity.

In his new text ‘Boredom: A lively history’ Professor Peter Toohey makes the case for boredom being a universal emotion, experienced throughout human history and by all cultures.

He defines two types of boredom: ‘simple boredom’ where you suffer ennui by enduring something uninteresting, generating a listlessness, a helplessness to your situation. There is also ‘existential boredom’ which in contrast, is a boiling torment, a feeling of entrapment, where you are in a place you just don’t want to be and are disinterested as a result.

The simple boredom is OK according to Toohey – enabling you to dream, imagine and protect yourself from dull or unpleasant situations.

I would extend the case for the potential productivity of boredom and argue both types of boredom are good for your creativity.

Simple boredom provides space for your incubation – where you allow time and low level energy to let your mind wander to different places, or as I call it: ‘To be present minded elsewhere.’

From incubation you will get your best quality ideas. You are drawing upon a much bigger part of your brain’s thinking capacity than in conscious thought, which only employs a tiny part of your brain. (The problem you have is getting your incubation to work to order, but there are incredibly valuable techniques I can share with you.)

So, one way of coming up with great ideas, and I know this from personal experience, is doing the equivalent of painting a white wall white.

Equally, the existential boredom is also great for your creativity; because it makes you angry, annoyed that you have had to endure an imposition. And this fuels what I call your Adversity Quotient, your rocket fuel of driving you forward to create new things, overcome obstacles, barriers, and people saying ‘No!’

With a boosted Adversity Quotient you make things happen: you translate the talk into action.

So, being bored may not be attractive in itself. Yet, it can be one of the best springboards to your creativity, to generate some great new ideas – and make ideas happen, so long as you train yourself to take advantage of the potential of both situations.

Now, as I was saying about the need for schools to teach Tedia Studies…..