There is a parallel for anyone working in the communications, branding and marketing sectors of the World War I recruitment poster: ‘What did you do in the Great War Daddy?’ 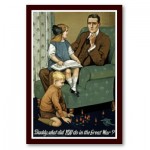 Future generations looking back on our era could well ask: ‘How was it that in an age which grew more sophisticated in communications it allowed the growth of scientific illiteracy?’

You may well be asking how the issue of ‘scientific illiteracy’ can be compared with ‘the Great War’. The parallel I would draw is that both contain an opportunity of ‘you can make a difference, using your personal resources, to leaving a better legacy for future generations.’

We face what I label ‘compound scientific illiteracy’, where a lack of scientific knowledge will lead to greater exploitation and worse decisions made on our behalf in public policy: expansion of nuclear power, genetically modified food, and commercialisation of DNA will require intelligent, informed responses from citizens, increasingly inept in science.

Scientific illiteracy is one of the great unsung, unannounced issues of our era, and anyone working in communications, branding and marketing should do something about it.

Without science you would probably not be alive. But we are witnessing a great scientific disconnect – knowledge grows and more people know about less and less.

You might ask, what about all these universities, museums and networks that promote ‘Public Understanding of Science’ – aren’t they tackling this?

The problem is that, yes there is some great work being done. The current BBC TV series ‘Wonders of the Universe’ by Professor Brian Cox is a prime example of science reaching out to a wider audience.

But the challenge we face is that scientists, and the scientific establishment, are partly the cause of scientific illiteracy. We cannot just rely on the scientific community to be the driver in delivering a solution for this. (Please read my free e book ‘Why science does not get the reputation it deserves and the strange case of Blue Monday.’)

To address this issue I have launched the BLUE Science campaign (Better Learning Understanding and Education of Science), inviting non-scientists to address the issue of scientific illiteracy.

Every third Monday of each month is being designated ‘Blue Science Day’ where the caused of science will be promoted, and scientific knowledge will be celebrated by harnessing disruptive communications: using unusual/unexpected media and opportunities to get the message across.

Why use disruptive media? Well, when I was a kid I learnt about science through unusual channels like PG Tips playing cards; in the medium of the tea bag box or tea packet, there was a piece of communication that you noticed and read. I left school without a single science GCSE. (Well ‘O’ Levels in my day.)

Yes, there are an increasingly welcome number of media now doing something about scientific education, from the FT Magazine to the Metro freesheet newspaper, featuring easy-to-read articles about science, designed for the non-scientist.

The tendency I suspect, however, is that many non-scientists will see an article about science and they may skip over it. These articles are not disruptive, and may get overlooked and unread.  To get attention we need to catch people unaware, with their guard down, and introduce them to science.

Each month a selection of scientific facts or topics, what are being called ‘random facts of scienceness’ will seek to emulate the length of copy and impact of the lamented PG Tips picture card.

This month’s Random Facts of Scienceness include:

The 2nd Law of thermodynamics: there is no permanence: change is decay. Over time, differences in temperature, pressure, and chemistry creates change. The law deduced the principle of the increase of  entropy – a energy not available to be harnessed which therefore  makes things irreversible – you cannot put it back to its original state – something will be lost in the process.

A great bloke – although lacking formal education and given a rough time by a snobbish establishment thanks to Faraday we know and harness the power of electricity and electromagnetism (which is responsible for practically all the phenomena encountered in daily life, except for gravity) and means we can use electgric motor technology.

As a chemist, Michael Faraday discovered benzene and invented an early version of the beloved Bunsen burner.

Faraday was one of the most influential  scientists in history: Einstein kept a photograph of Faraday on his study wall. 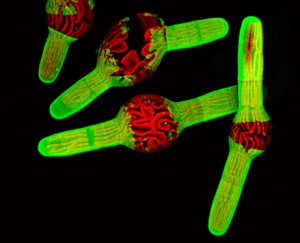 Create your own Random Facts of Scienceness.

What unusual places can you spread your Random Facts of Scienceness?